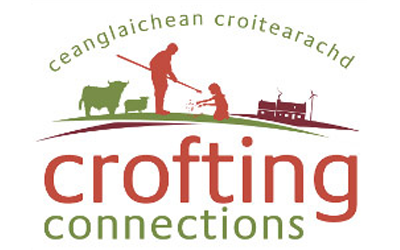 Pupils harvesting potatoesLearning about crofting past, present and future, and helping schools to deliver the Curriculum for Excellence. Crofting Connections is a programme of activities and events that will inspire over 1,000 young people aged 5-16 living in remote rural communities throughout the Highlands & Islands about crofting past, present and future.

They will learn traditional skills from crofters, create their own climate-friendly food-growing projects, and help safeguard the history, culture and heritage associated with their crofting communities.

Crofting Connections would like to thank the following organisations for funding this project.

END_OF_DOCUMENT_TOKEN_TO_BE_REPLACED 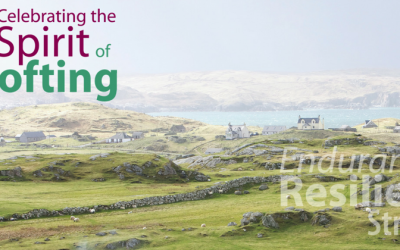 Celebrating the Spirit of Crofting – October 2018

In the main, funded by Highland LEADER, SCF held a two-day event in Rothes that celebrated the spirit and resilience...

END_OF_DOCUMENT_TOKEN_TO_BE_REPLACED 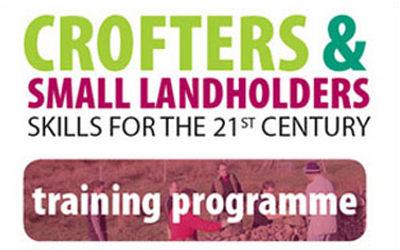 Crofters and Small Landowners Skills for the 21st Century – 2011/12

Participants are invited to select from the following units, and then to attend training days on specific elements of that unit. The units, and some example training days that may be available are:

For 2013-15 there are practical training days for all units planend across the Crofting Counties.
Training will be arranged and delivered through local, approved trainers, and will be available across the Highlands and Islands. The exact location and topic of the training days will depend on the demand for each course, so we welcome training requests.

A regular email update can be provided to everyone interested in the programme, and information on upcoming courses will also be available on the training page of the website.

SCF would like to thank the following organisations funding the skills development scheme.

END_OF_DOCUMENT_TOKEN_TO_BE_REPLACED 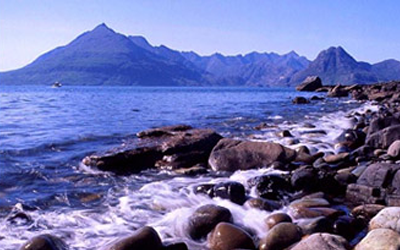 For the island fishermen of Scotland and Ireland, their work is more than just a source of income. It is a livelihood from a way of living that has helped to define island identities for many generations. Small-scale fishermen on the islands of Arranmore, Inishbofin and Tory off the west coast of County Donegal in Ireland, and on Barra in the Western Isles of Scotland believe that their livelihood and way of living is threatened by powerful forces against which they find it difficult to make their voices heard.

In Donegal the islanders are seeking to overturn the Irish government’s decision to implement a total ban on their traditional subsistence salmon fishery – the ban has been implemented because there has been a decline nationally in the numbers of salmon returning to Irish rivers. On Barra, the islanders are opposing proposals from the Scottish Government’s heritage conservation agency to establish a marine Special Area of Conservation in the seas close to the island.

In both localities concern is being expressed that emigration – on islands where past population loss has been dramatic – will begin to increase again, and that restrictions on or the loss of a traditional livelihood from fishing, which has been so vital for the island peoples’ past survival, could make life on the island unteneable for many who have maintained cultural traditions – including the language traditions. These concerns have been made particularly acute in the context of the current economic crisis.

The Connecting Coastal Communities project aims to be a means by which islanders can express the importance of their relationship with their home place and of their working relationships with the seas, relationships which have helped to inform their cultural identities.

The research, which is being supported by funding from the ColmCille Partnership, will be carried out by Iain MacKinnon from the Isle of Skye and Liam Campbell from Donegal.

They will be asking fishermen on the Donegal islands and on Barra to tell them what their work means to them not just as a source of income, but also as a way of living – and whether and how this way of living has encouraged a sense of responsibility for their environment, as well as supporting their cultural and linguistic traditions.

By exploring their distinctive but shared maritime cultural identities, the research will seek to express connections between the Scottish and Irish island communities in ways that will encourage their resilience to maintain traditions in the face of a changing world.