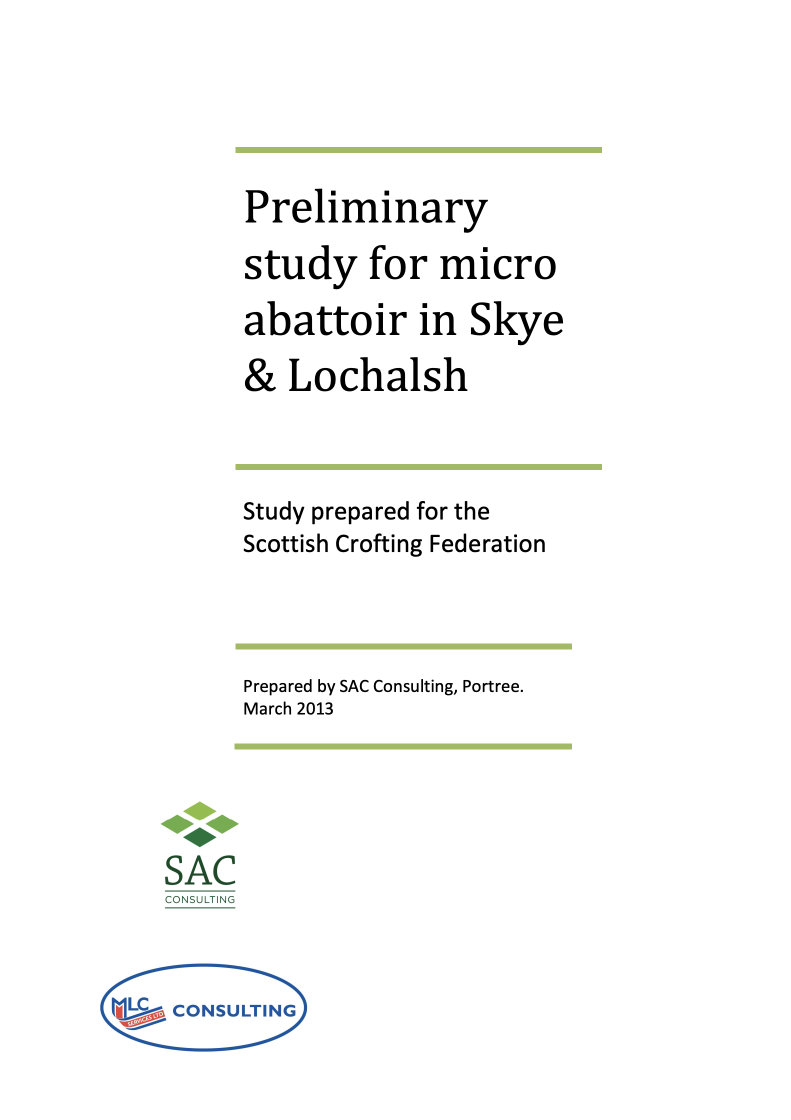 A study commissioned by Scottish Crofting Federation (SCF) and carried out by SAC Consulting has given a positive view of prospects for a micro abattoir development for the Skye and Lochalsh area. The Scottish Government-funded report was presented to Richard Lochhead MSP, Cabinet Secretary for Rural Affairs and Environment, at last week’s ‘Highland Sheep’ event in Dingwall.

The report envisages a facility with maximum capacity for 4000 sheep, 200 cattle and 130 pigs per year. However, projected initial throughput would be 100 cattle, 800 sheep and 130 pigs. This could result in a modest profit if the development, projected to cost in the region of £570,000, was fully funded. The report points out that island and remote mainland abattoirs cannot be seen as stand-alone businesses, but as an important part of rural infrastructure. The Scottish Government is committed to ensuring that animals are slaughtered as close to where they are reared as possible and to shortening the food production and distribution chain.

An SCF spokesperson said, “We thank SAC Consulting for a very thorough and thought-provoking report. This is an important step on a long road and our abattoir working group will be studying their recommendations carefully before deciding on a way forward.”

The report will be launched at a public meeting to be announced, and the full document is available here:

Crofting in the Kyle of Sutherland

Article comparing photographs of crofts in Skye and Lochalsh

Managing Small Woodlands in the Highlands and Islands